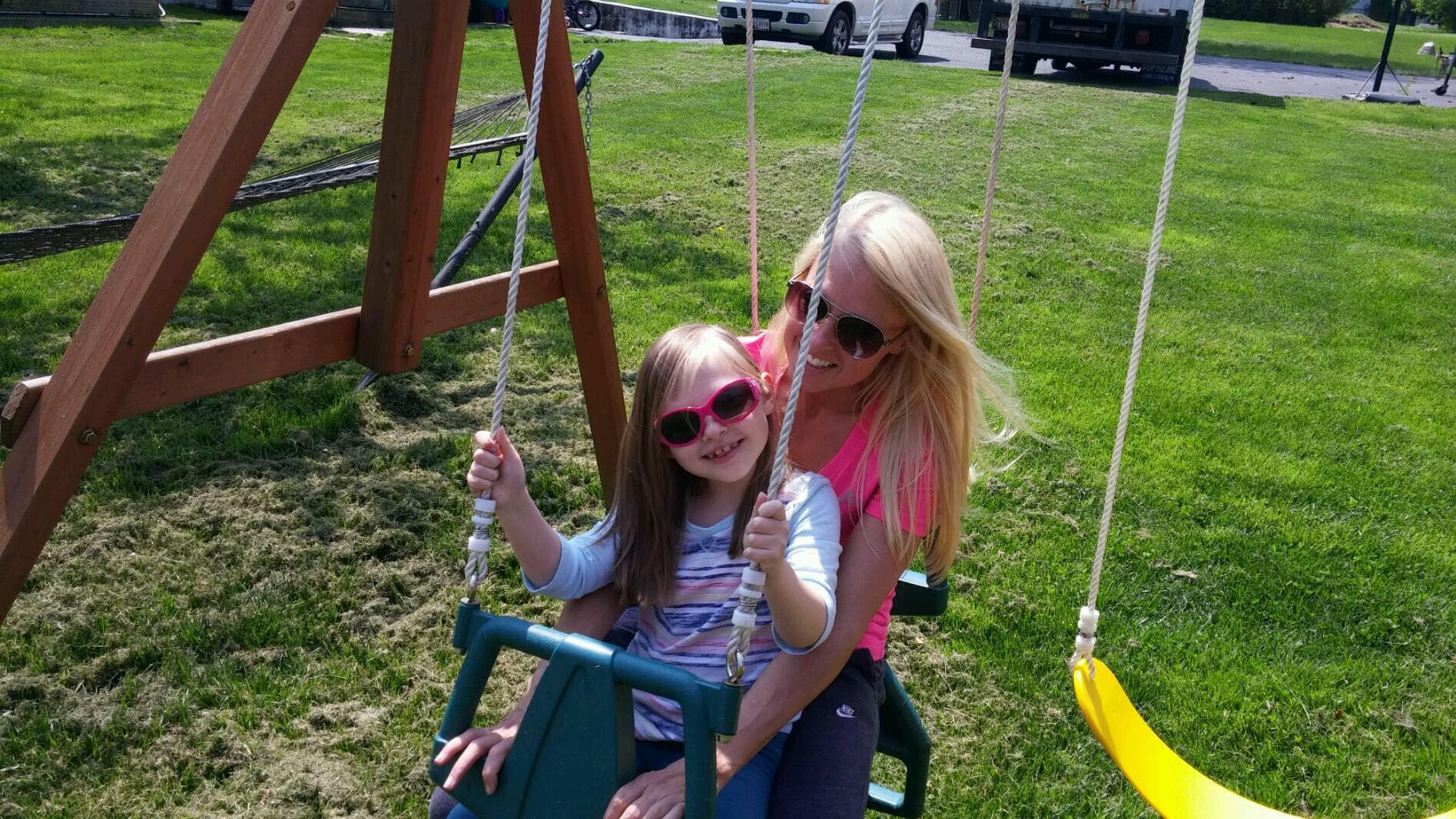 Epilepsy Through a Mom’s Eyes By Wanda Carter Roush

I had heard the term seizure before but had never witnessed one. And then one cold February night, a blood-curdling scream came from my eight-month-old baby girl lying next to me. She was shaking, wasn’t breathing. She turned a bit blue. “Febrile seizure” was the diagnosis, but it would end up being so much more…

Two years later, 9:45 p.m., I can still see her frail three-year-old body lying there- lifeless, but the violent shaking of another seizure…. We were no longer strangers to this monster. He had turned our world upside down upon introduction bringing companions with him – flashing lights, helicopter rides, and intubation. He was there on sick days, and ones thought to be well.

He came with us to Thanksgiving dinner and Christmas festivities. He was the most unwanted birthday guest and adding a damper, tagged along to every family celebration. He held us hostage for days on end, with frequent visits in the middle of the night staying longer than bearable.

Forty-five minutes became the common visit from him. BUT THIS TIME… This time the monster had his clenching grip on her. He wouldn’t let go. I can’t explain the feelings watching your child’s body twist and turn in torment like that. The reality was, he could take her out at any given moment, and I knew it. There was absolutely nothing I could do about it but pray.

Shortly after midnight, two hours and twenty minutes later, he released his claws but not before ruthlessly taking parts of her with him. He took her speech. He took her ability to move her left side. She couldn’t walk. She couldn’t eat. He had left us destitute. Utterly shattered, we left the hospital with our precious girl in hand, only a shell of who she once was.

I don’t think I was equipped for the reaction of my older children. Their little sister looked perfectly normal when we left 19 days prior. One of my children withdrew from being home while another purposefully stayed. One looked at her with such pain in their eyes while another talked to her like nothing ever happened. Our family was merely surviving… We simply took one day at a time and worked hard to find a new normal, which we couldn’t do.

I have to admit I didn’t know how I was going to do any of it. I didn’t know how to keep going. On top of the demands of epilepsy, I felt like a failure with my other kids as I was introduced as the “mystery mom,” rarely attending their activities. My days were filled with therapy appointments, prayers to get through just one more day, and thanksgiving for the simplest things- a smile, a giggle, a step. Anything that looked better than where we had been, I was thankful the privilege of holding her in my arms had been granted.

I decided celebration had to be a part of all of this. We celebrated as she said her name again. We celebrated as she learned to walk the second time. This gratitude was a way of surviving for me. It was a source of finding beauty in the ashes. A place of finding blessings in the raindrops… It wasn’t until years later that we would have a formal introduction to the monster.

We had already suspected him given her condition, but hearing his name was like a death sentence. And there it was. – Dravet Syndrome: uncontrolled epilepsy resistant to medication. A diagnosis can cripple you, empty you— if you let it.

So, what do you do when you get a dreaded diagnosis? When dreams of a normal life for your child are shattered? For certain, I’m not the only one who’s been there, and my story may be different than yours, but the living it out is just the same. I have learned that in my weakness, God gives me strength. When I can’t do this thing called life anymore, He extends grace to me. Abundant grace. Amazing grace. It is in the low places, my hardest times that I feel God the greatest.

Let’s face it; we seldom grow when life is good, and a diamond without pressure simply isn’t a diamond at all. So, if there is beauty to be found in the diagnosis or the shattered dreams, I am purposed to find it. I have settled in my heart to look at this life through the lens of gratitude.

Today I will be thankful for what is. Thankful for what we do have. Thankful for strength as I carry my 75-pound girl down the stairs in the morning. Thankful for breath. Thankful for seizures that end. For life itself. All of these are gifts to be treasured. If you have a little one with epilepsy, my heart bleeds for you as I know the hardness of it all. I pray that you can grasp the beauty in the moments as they pass quickly.

You more than anyone understand how precious breath is and that alone is a gift. To never take a hug or a kiss or an I love you for granted is a treasure most do not realize. I hope you know that dark places can bring beautiful things. A seed simply wouldn’t amount to anything if it weren’t for the dark forgotten place.

Though you feel hidden, you are not forgotten. You are loved. You are treasured. You make an incredible difference in the world, especially in the life of your fragile child. You are their warrior when they simply can’t fight. You are their lifeline and incredibly brave as you continue on this journey one day at a time. If you are reading this and don’t have a little one with epilepsy, know that YOU can make a huge difference for an epilepsy momma.

You see, she’s in a bit of a prison she didn’t choose, and the walls of that prison are forever changing on her without notice. At times they close in, and she is suffocated with the challenges, the reality of it all. At times the weight of the life sentence is too heavy for her heart to bear on her own, and the simplest thing can lighten that heaviness. These things are rather simple and might seem insignificant to you, but to a mamma dealing with seizures day in and day out, they are not simple at all.

A few suggestions: A text- Being a caregiver is a lonely world. It’s just nice to be thought of. A call- Not that they will be able to answer, but to know she is not forgotten on this journey is BIGGER than you will ever understand.

An invitation- Mom’s with special needs children, are often forgotten as people understand they “probably can’t come” and eventually are not included. Send the invite anyway. Keep her on the invite list—always. Let her know she is still thought of and welcomed even though she will spend the rest of her life caring for her child. I can’t tell you the pain of not getting the invite, knowing you’re no longer included.

A meal- Epilepsy is a 24-7 job, and meals are extremely hard to get on the table. This can be an everyday problem when kids go through an uptick in seizures. There isn’t a need for anything extravagant, simply food to eat. I was blessed by a woman I didn’t know who set up a meal train for my family while going through our hardest time. Oh, what a blessing that was!

Your time- Chances are the mom of a little one with epilepsy struggles to just get in the shower. If you are able, try to help her. It could be picking up other children from an activity or providing a way for a sibling to go to an event that they would otherwise miss. It could even mean sitting with the little one while mom gets a minute to get herself together.

So, where are we on this seizure journey a decade later? We still do just one day at a time. Every day for the last 7 days, she’s had a seizure– that ended. For that, I am thankful. We are in physical therapy and occupational therapy once a week. At 11, she doesn’t do much on her own. I am thankful I get to help her. Thankful I get to be her mom, still. Thankful for every breathe, especially when she turns to me before going to sleep and says, “I love you, Mom.” That fills the broken places of my heart, and all is well. 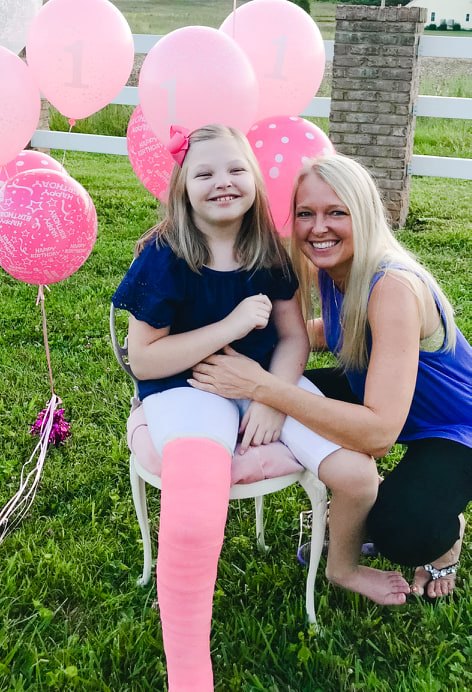 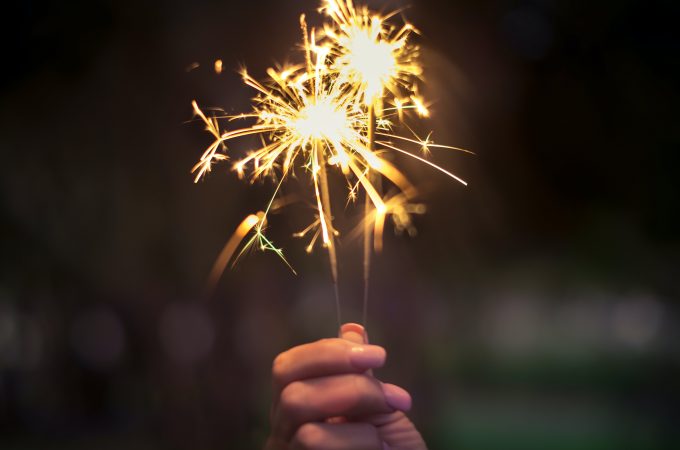 Free 4th of July Printables to Keep your Kids Entertained 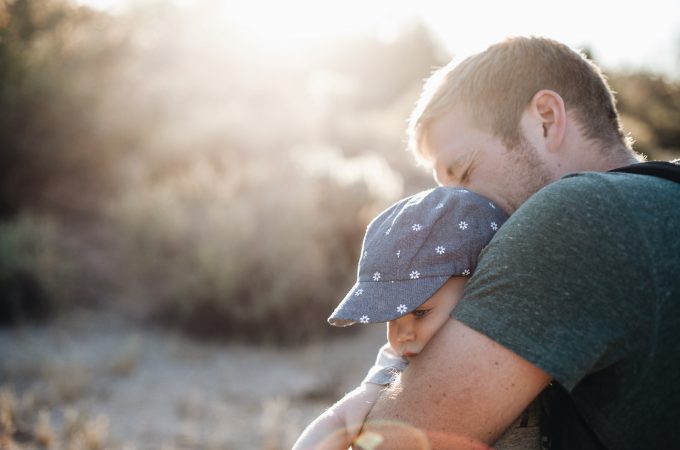 2 Free Father’s Day Printable for Children: All About Dads 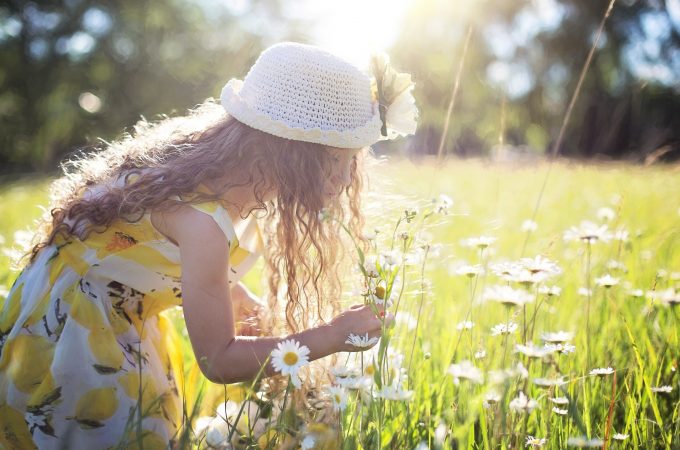 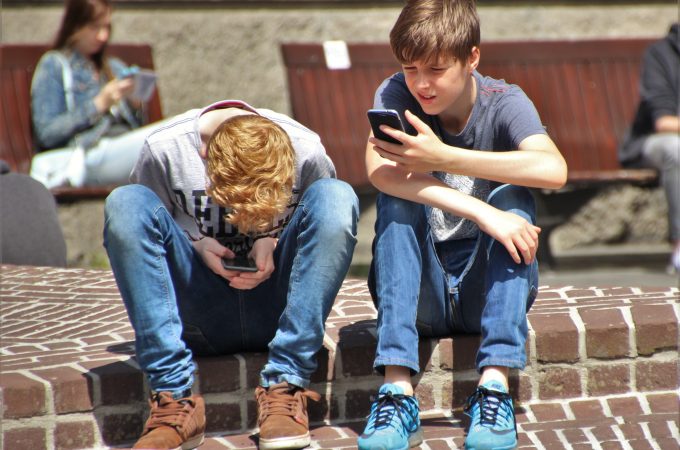 Mobile Technology: How to use it to teach teens 8 key life lessons.​ 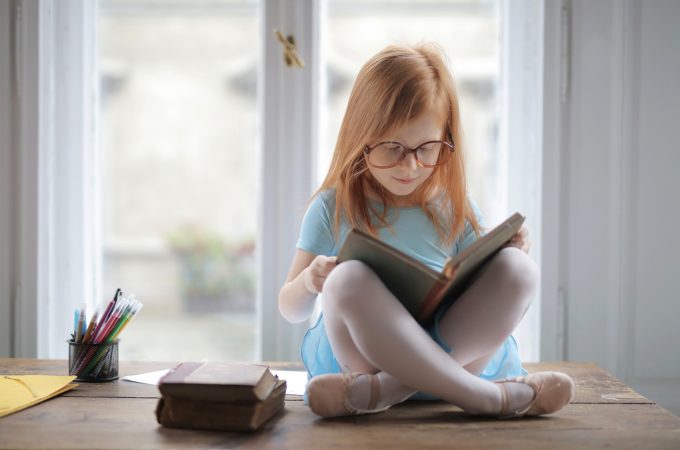 Hi, my name is Kristal. I am so happy you have stopped by! I created this site to provide resources and tips about parenting, military life, and family travel. If it is your first time, I recommend that you click HERE to see what A Sailors Wife is all about.