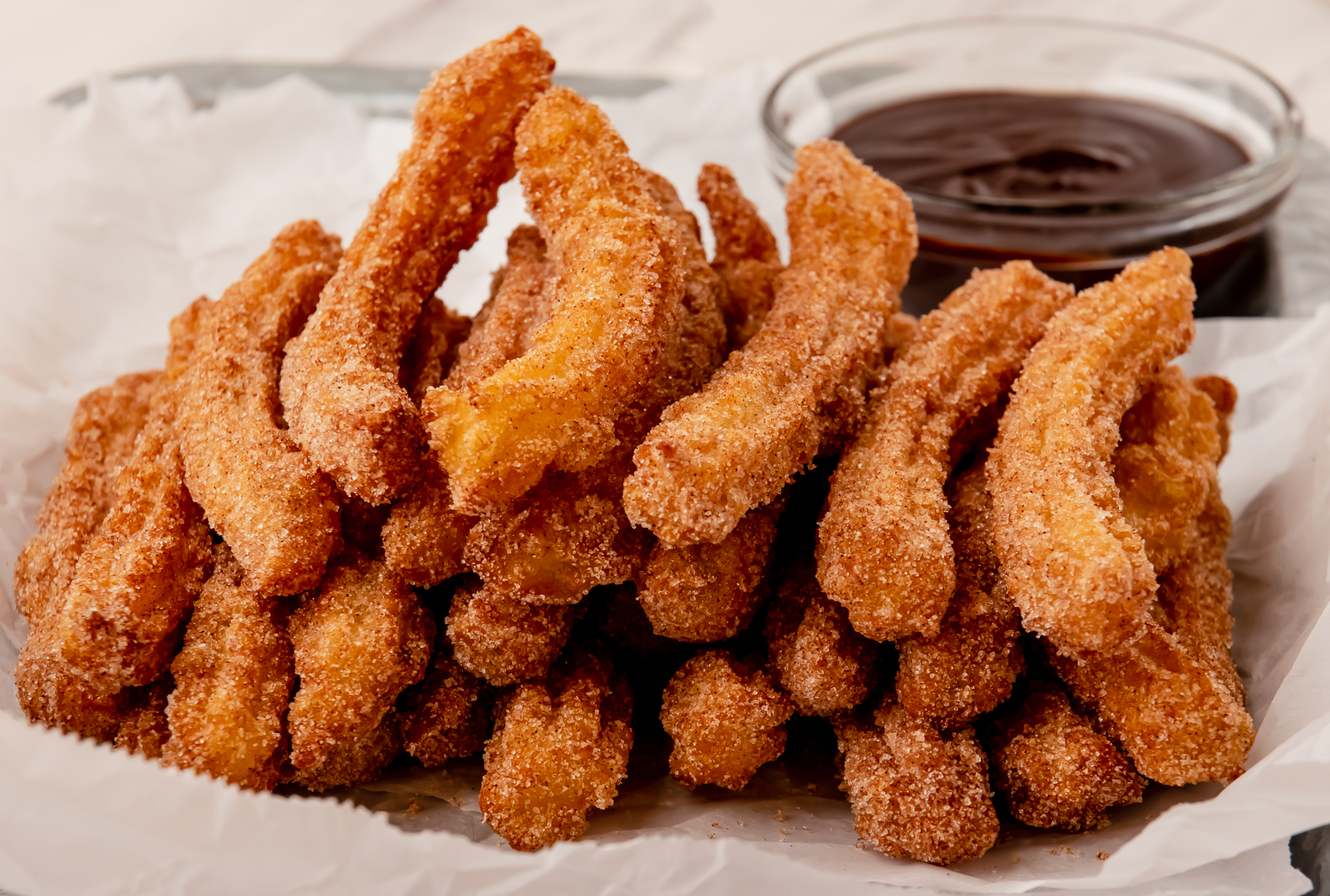 What’s sweet,  and perfectly crispy? Churros! If you’ve only experienced a churro at the fair, you’re in for a treat today; we’re making our own at home with my Homemade Mexican Churros Recipe! There’s no substitute for a truly fresh, expertly fried churro rolled in cinnamon and sugar; once you bite into one just minutes after it comes out of the oil, you’ll never go back!

The churro originated in Spain, but some accounts suggest that a version may have existed even earlier in China. Wherever they first appeared, churros made their way to South America in the 1500’s. Spanish explorers brought them around the world, which is how they came to be a popular dessert in Mexico.

This recipe is simple, and there’s no need to be intimidated by the frying process! You’ll only need a few simple tools to get started, and the incredible taste of a freshly made churro will convince you that any extra effort is absolutely worth it.

If you’re planning to be doing lots of frying, it’s worth it to invest in a heavy bottom pan, but you can also work with what you’ve got. You can typically get piping bags and tips at any hobby or craft store, but you can also order them in a pinch.

Anytime is a good time to eat churros, but you can also prepare them for dessert after a meal featuring my Coctel de Camarones. But there’s no need to stay with a Mexican theme – churros would be a perfect accompaniment to my Jamaican Jerk Chicken, too! If you try these churros, comment and let me know how they turned out; I know you’ll love them!

Makes – 2 to 3 dozen (depending on the thickness and length)

For the Cinnamon Sugar

For the Chocolate Dipping Sauce 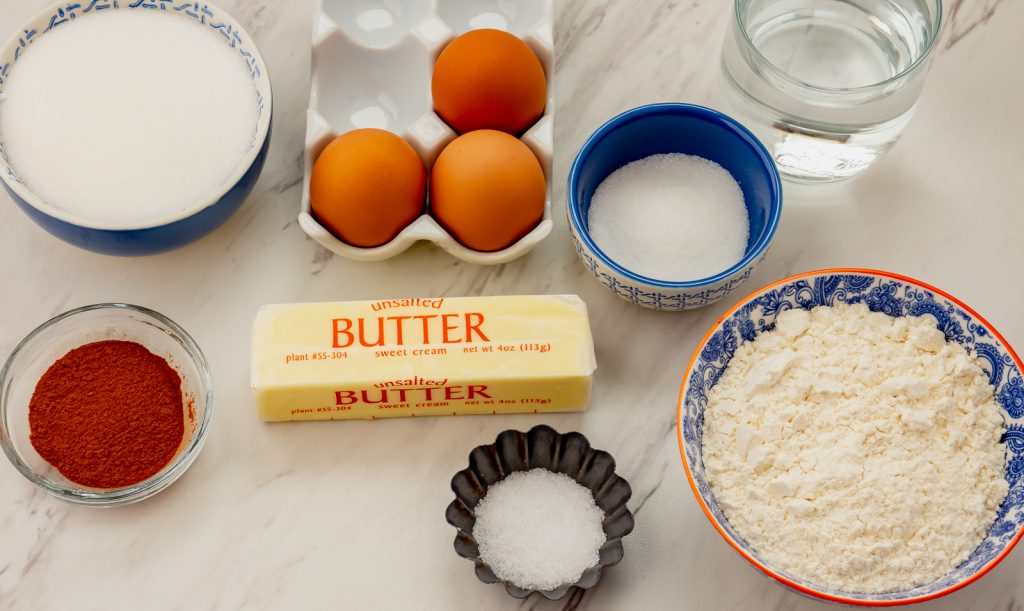 For the Cinnamon Sugar 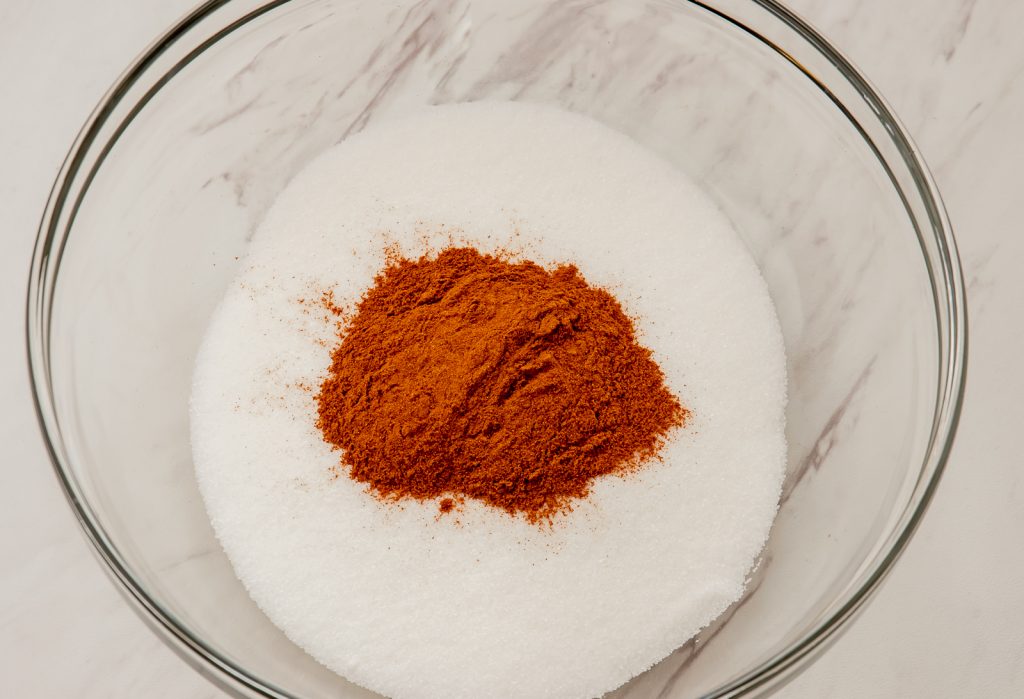 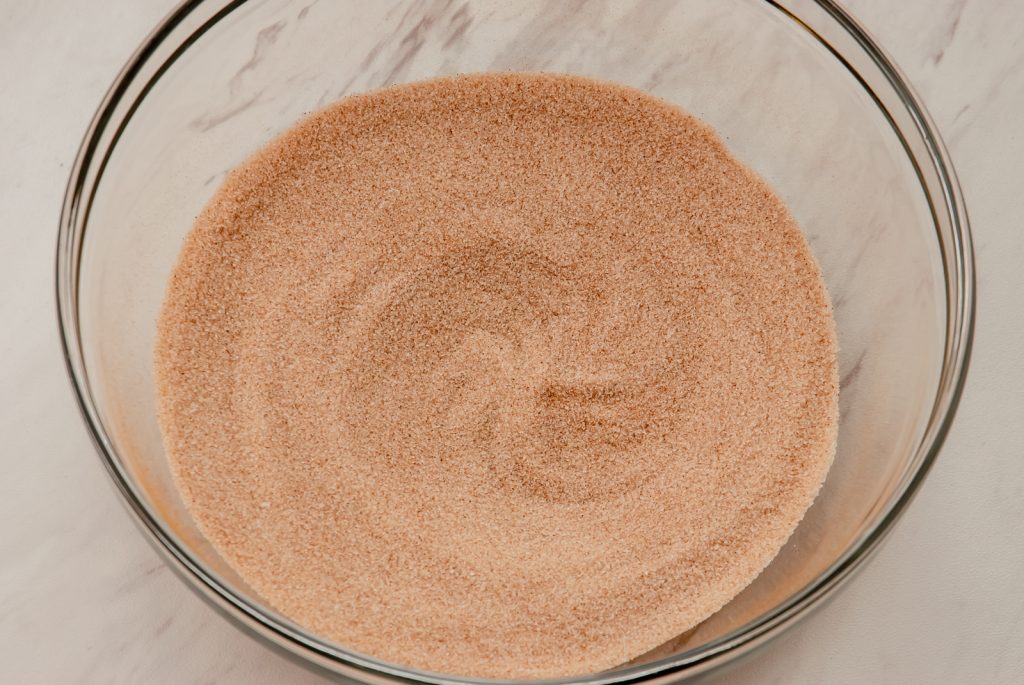 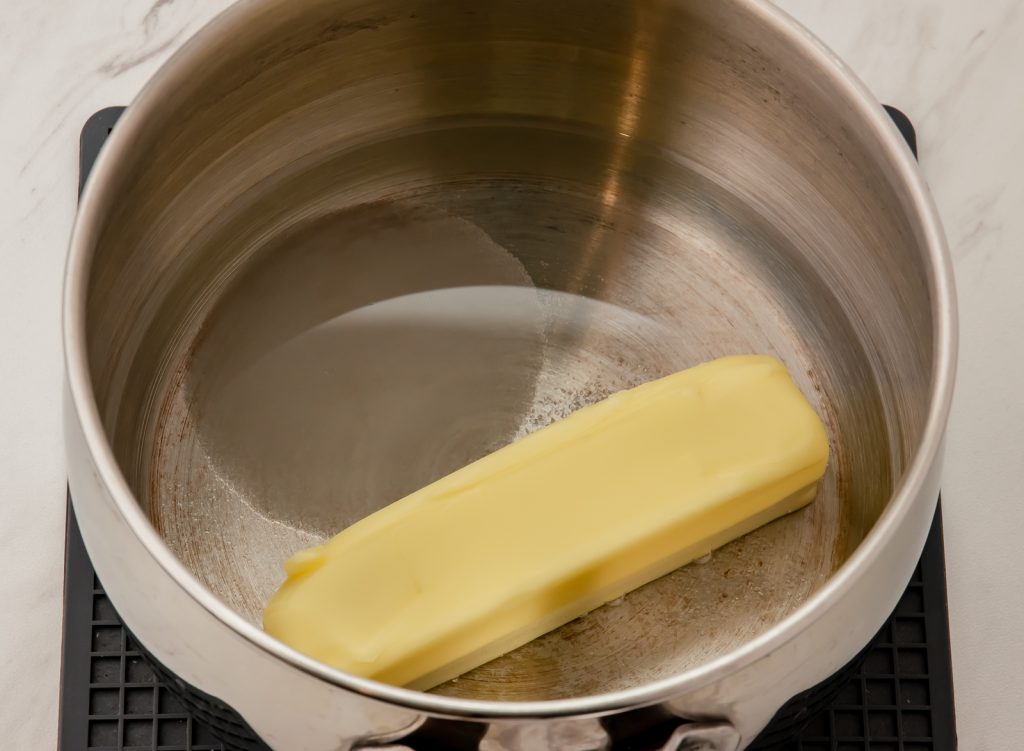 2. Take it off the heat and add the flour. 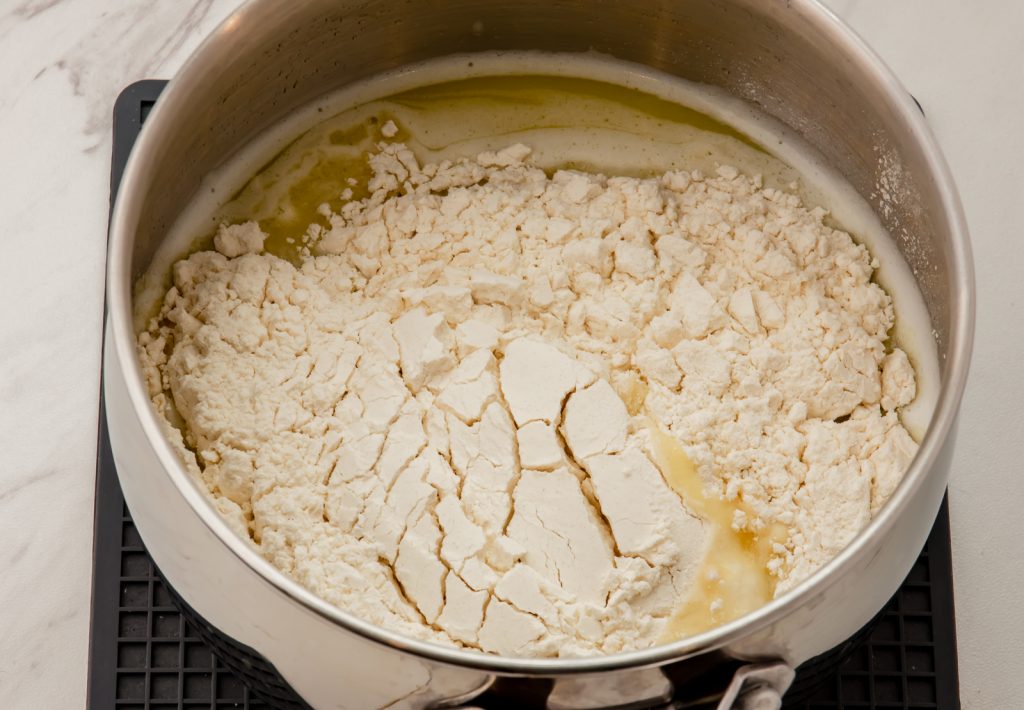 3. Using a wooden spoon, mix vigorously until all the flour is incorporated into a lump free dough. 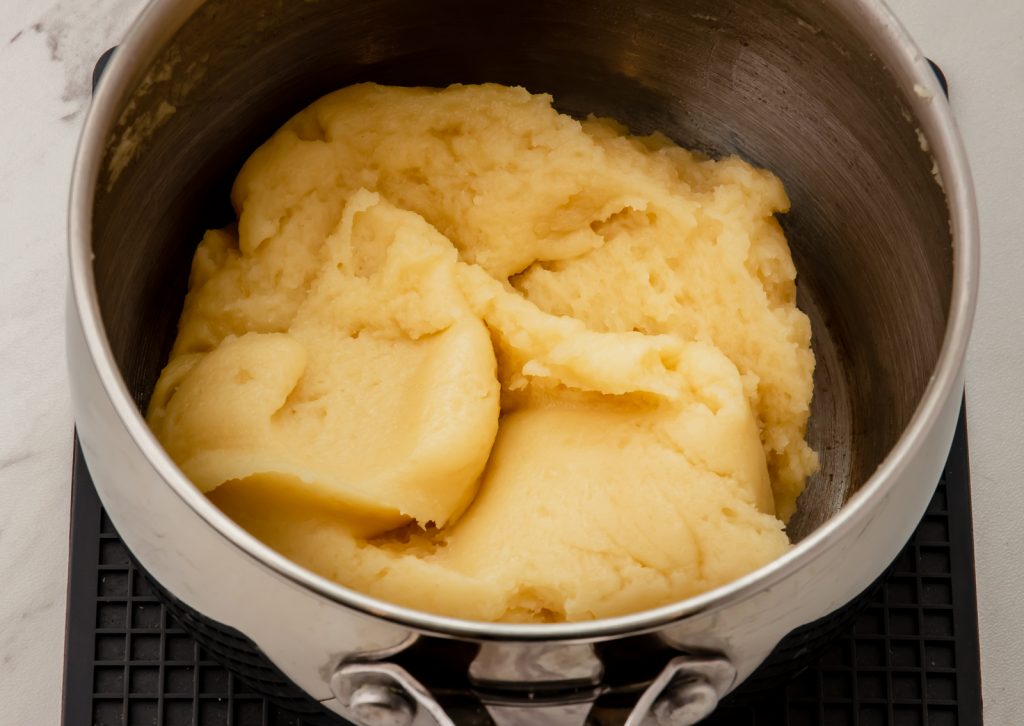 5. Add the vanilla and the eggs, one at a time, mixing vigorously after adding each egg. 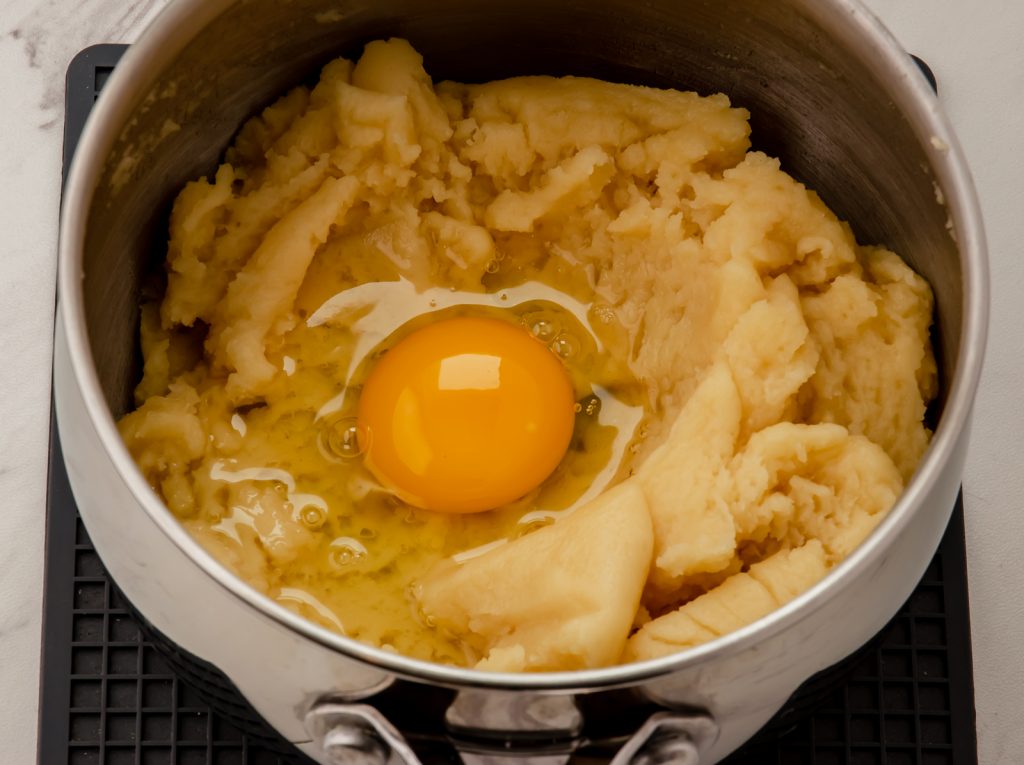 6. After all the eggs are added and incorporated, the dough should be soft, smooth and glossy. 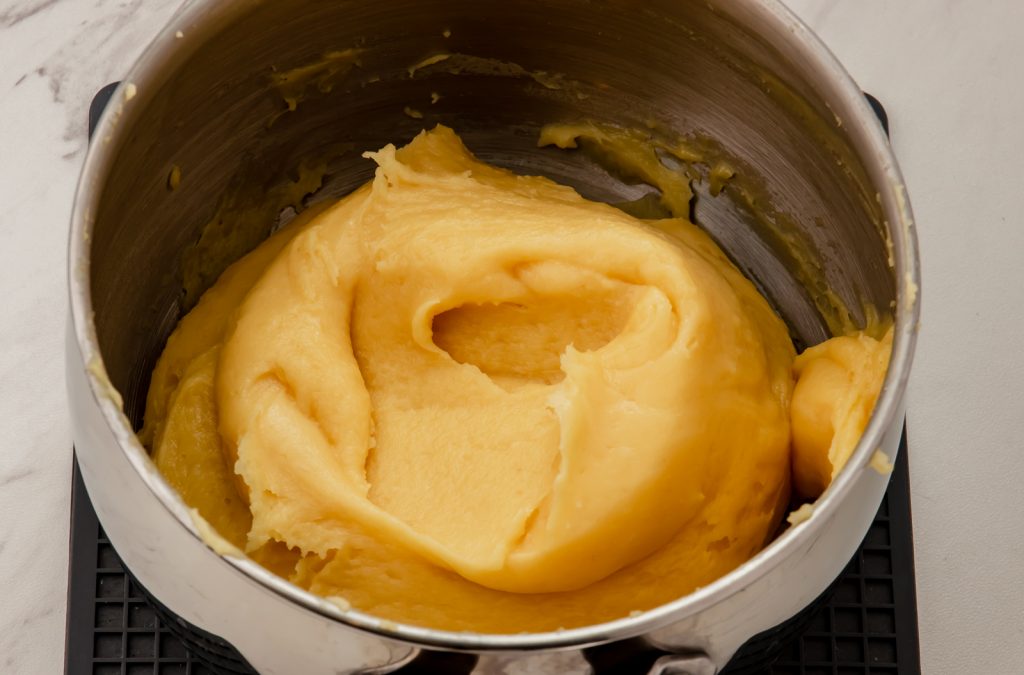 8. Transfer the dough to a piping bag fitted with a large start tip.

9. Carefully squeeze 4 to 6-inch-long strips of dough into the oil. Cook the churros for about 1 to 2 minutes per side or until golden brown. 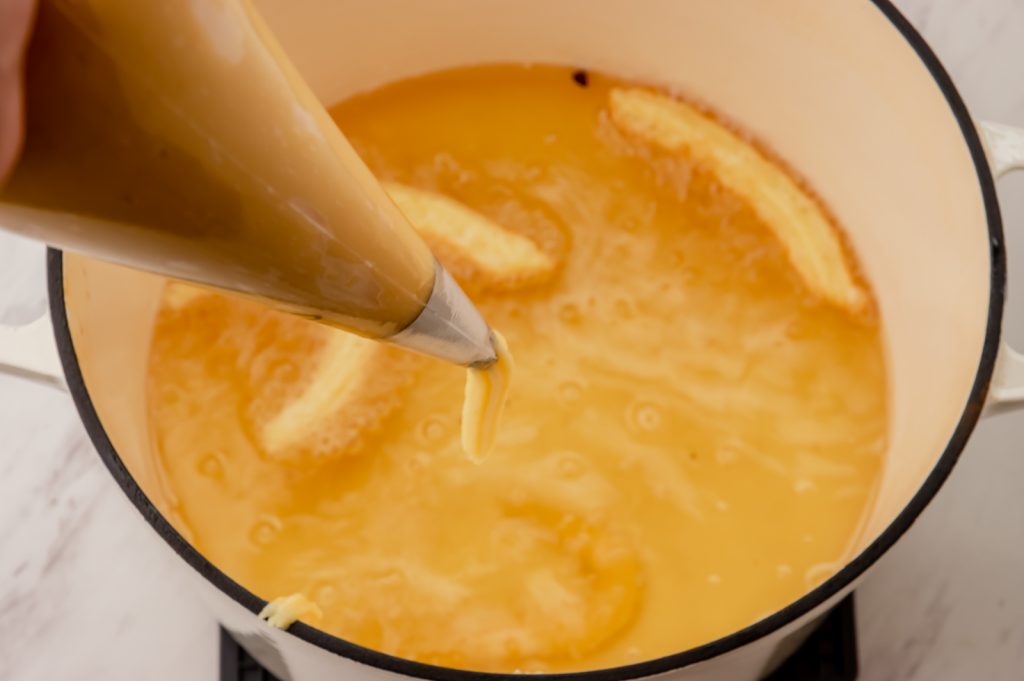 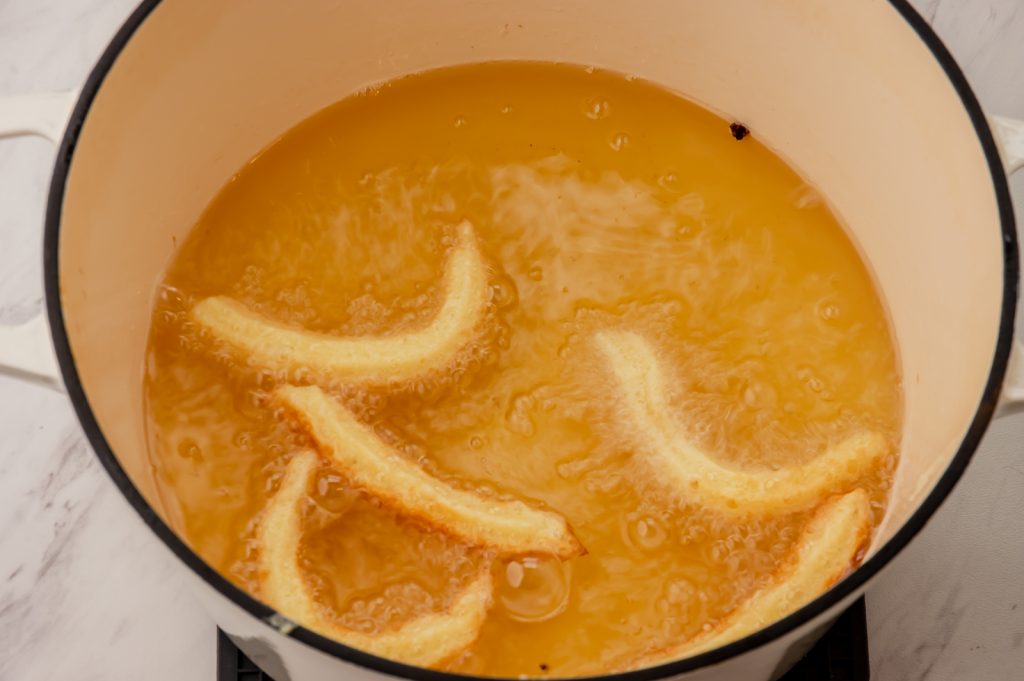 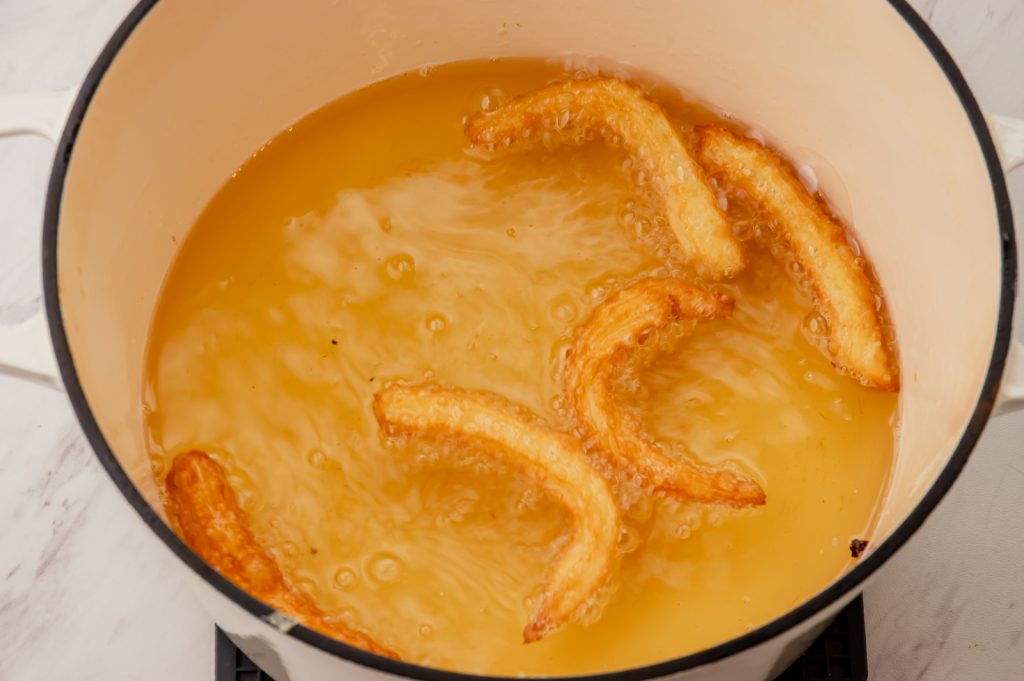 10. Remove the cooked churros from the oil and drain on paper towels. 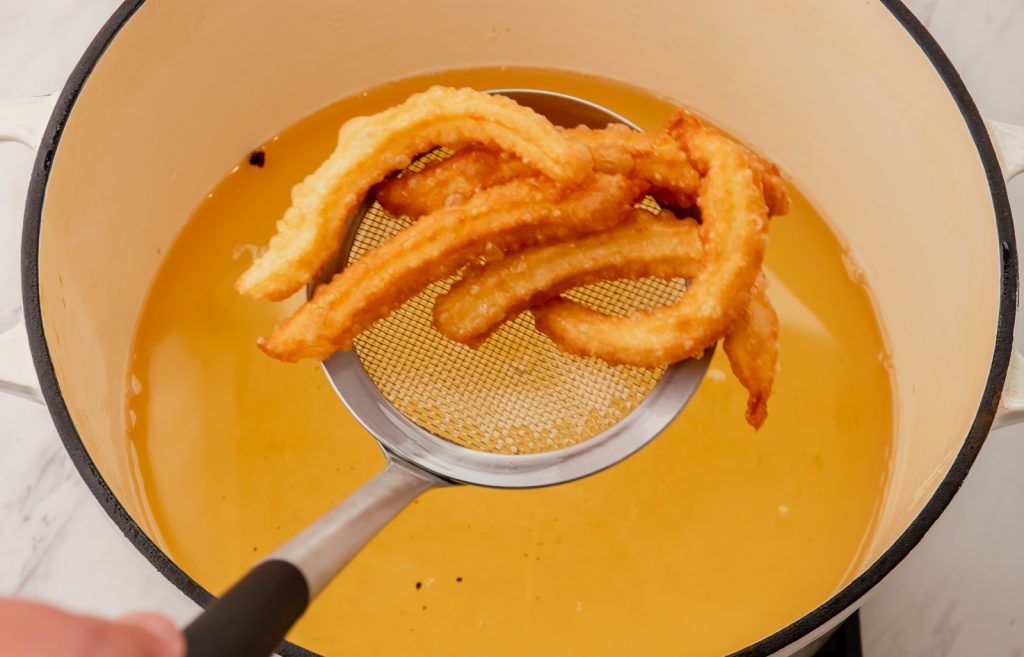 11. Roll the warm churros in the prepared cinnamon sugar. 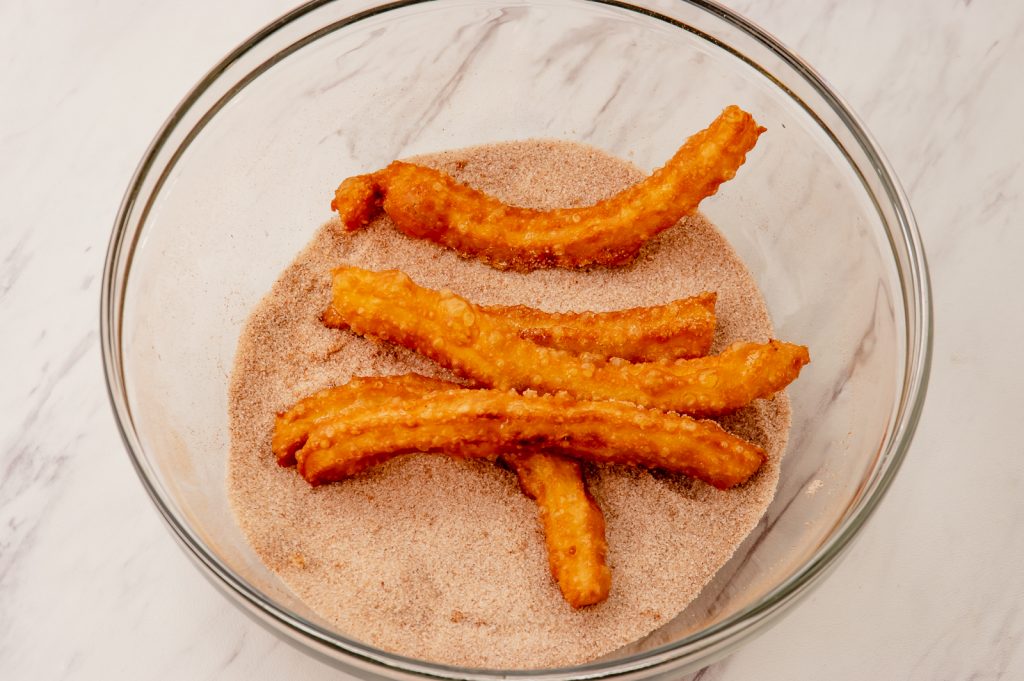 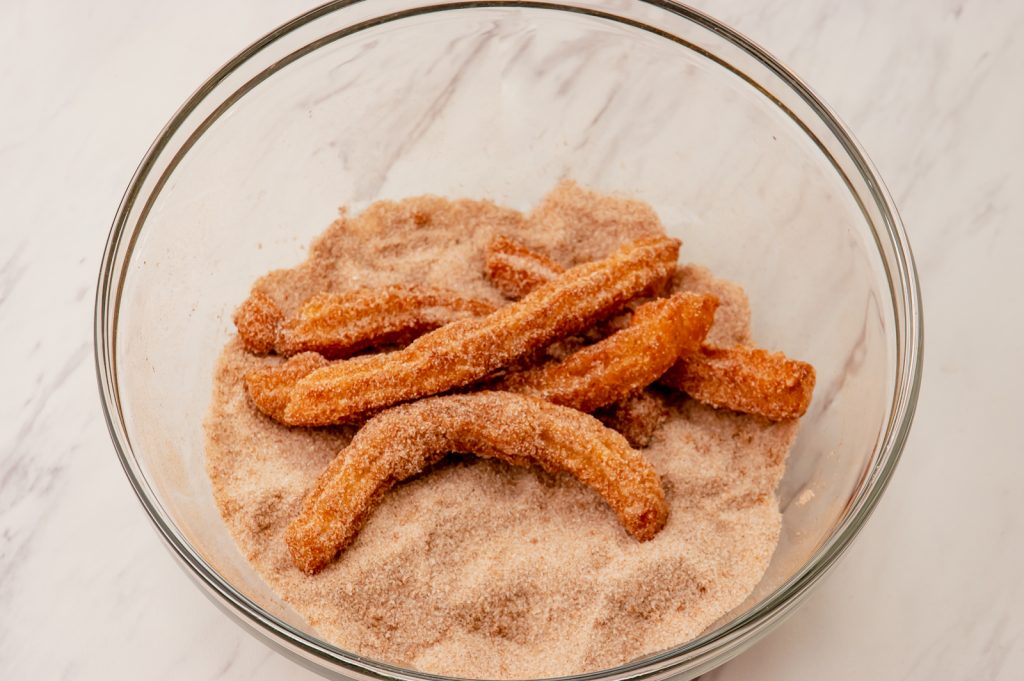 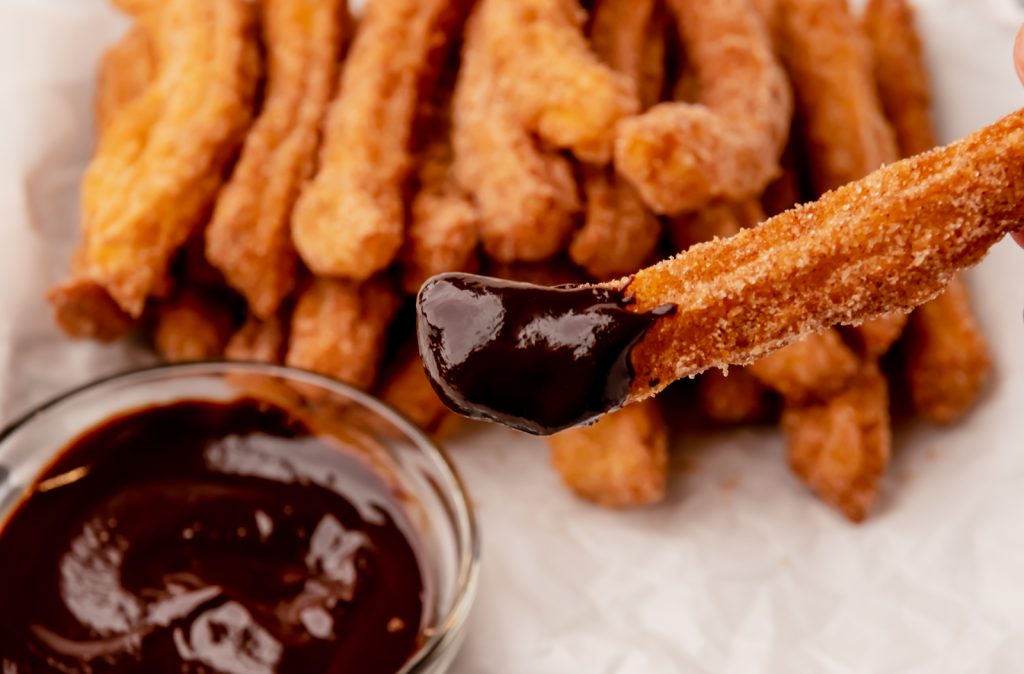 For the Chocolate Dipping Sauce 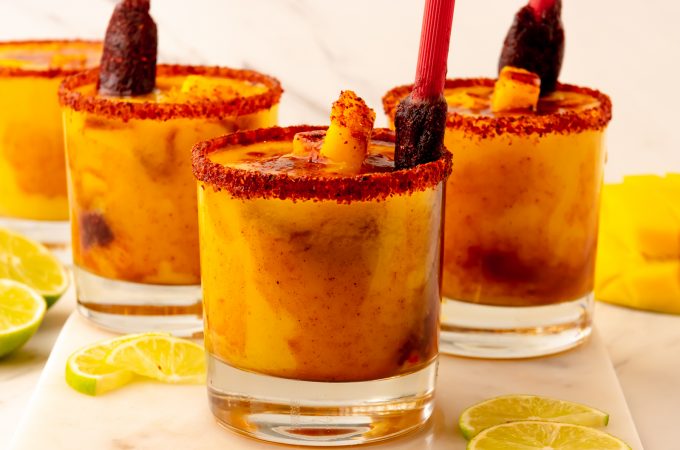 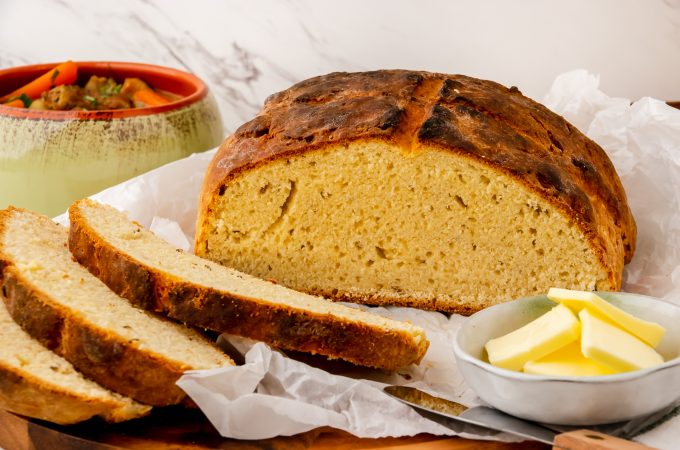 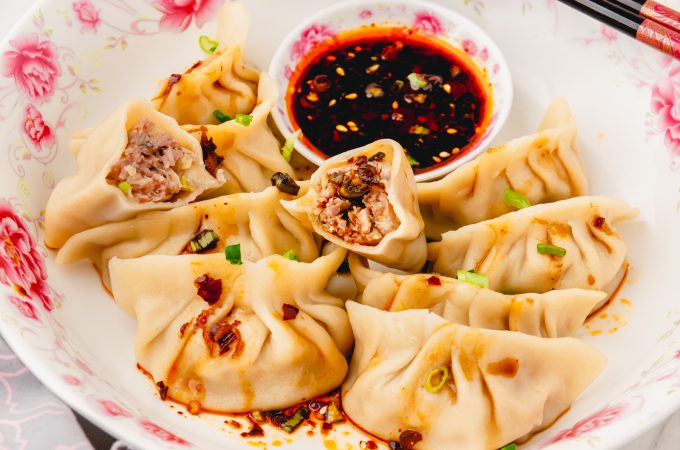 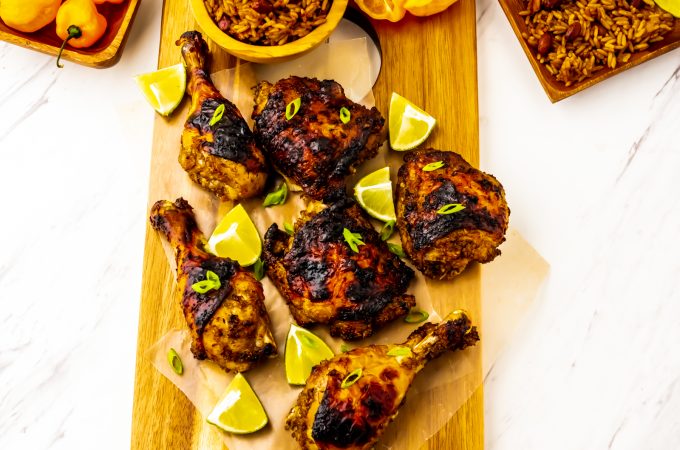